Attend any number of presentations on the subject of “sprawl” or read any number of articles denouncing it, and very often you’ll find the example of Levittown USA being used as a case study in what not to do. The 1950s era mass-produced housing development has been pilloried by designers, new urbanists, smart growthers and creative classists from the US to Europe to Australia. Admittedly, its design when first completed was far from inspiring. But the critics omit to mention some very important and enduring features of Levittown, some of which we could use more of today. 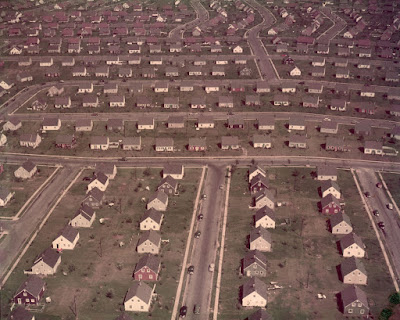 What is Levittown? It’s the name given to a number of post World War II housing developments in New York and Pennsylvania. Developers the Levitt family sought to provide low cost detached housing, especially for servicemen returning from WWII and their families. Houses were manufactured using a Henry Ford assembly line approach, with construction teams devoted to particular components, allowing for an entire house to be built in as little as a single day. Houses with land came with appliances installed, lawns and of course a white picket fence. They sold like hotcakes.

Largely uniform designs on low cost land with efficient building techniques were the keys to making these homes affordable. Keep in mind, many residents were escaping cramped, unhealthy and relatively expensive rented accommodation in New York urban tenements. For them, the hope offered by a new home they could afford to own, with space around them, was a no contest compared with the lifestyles they and their parents’ generations had known. 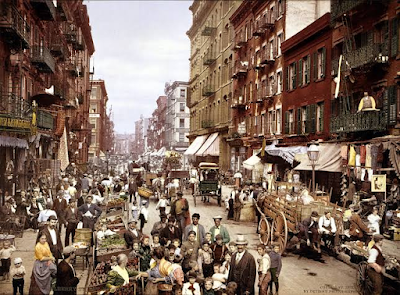 Figure 2 Urban living was a dystopian nightmare for residents of New York in the 1920s and 1930s. Cramped housing, disease, crime - all were rampant. 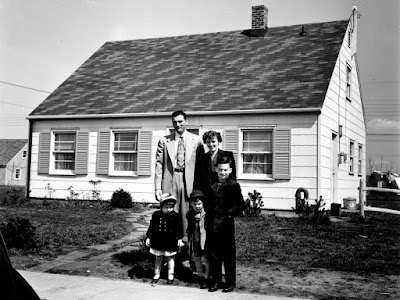 Figure 3 The opportunity to own their own home, with internal room and external space, free from the conditions they and their parents had experienced, made Levittown an obvious and logical choice.

But for urban design critics at the time, Levittown represented everything they detested. The writer and urban critic Lewis Mumford had this to say in his 1961 booked “The City in History”:

“…a multitude of uniform and unidentifiable houses, lined up inflexibly, at uniform distances, on uniform roads, in a treeless communal waste, inhabited by people of the same class, the same income, the same age group, witnessing the same television performances, eating the same tasteless prefabricated foods, from the same freezers, conforming in every respect to a common mould.”

That set in train a repeating pattern of criticism over the decades that followed, all of which seems to have two things in common: first, the criticism is based on initial design (making next to no mention of the improved housing conditions it provided, liberating a generation of families, nor the affordable prices at which it could be purchased). Second, the criticism reflects mainly the early days of Levittown. Indeed, the opening photo in this article is the one I have seen used most in articles and at conferences where scorn is freely piled upon Levittown. The image is 70 years old people! Why not use a recent image to show what Levittown looks like today? Here’s one below for example -  which looks very much like any middle-class suburban environment anywhere. Criticising projects like Levittown in their very early days is a bit like criticising a 2 year old for their lack of literacy and numeracy skills. Give it a rest. 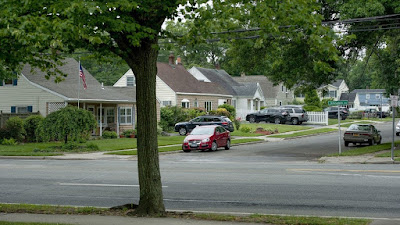 Below is another image. Over time, owners have planted trees, the area has matured, schools filled, community facilities established, and transit connections improved. In fact, the demographic profile of Levittown today is that of a healthy middle class, middle income, well educated community with very high levels of home ownership (much higher than the Australian average). 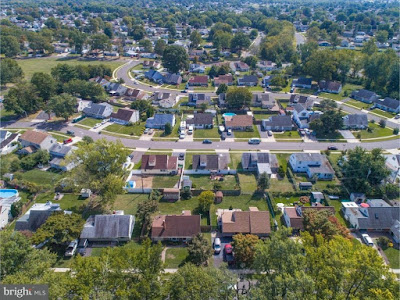 Levittown on opening day may not have been the most visually appealing landscape imaginable, but to the people who bought and settled there, they could no doubt see beyond the narrow view of wealthy urban critics like Mumford. They could see a future for their families and a lifestyle free from cramped and run-down housing, disease and urban crime.

Have we learned anything from Levittown? It doesn’t look that way. The prevailing view of new suburban master planned communities today has changed little from the ill-informed, jaundiced and smug denunciations levelled at Levittown. New suburban communities are regarded by the inner urban cognoscenti as some form of social aberration. This, they claim, is a condition that needs curing. This can’t possibly be what people want. It can’t possibly be good for them.

There are many modern-day versions of Lewis Mumford in Australia, generating a steady torrent of suburban disdain like this from Sydney Morning Herald urbanist and university professor Elizabeth Farrelly:

“The suburbs are about boredom, and obviously some people like being bored and plain and predictable, I’m happy for them … even if their suburbs are destroying the world.”

Unattributed, unscientific, hearsay is accepted “wisdom” in so many circles that it is easy to despair. Evidence is out the window and in its place are unchallenged but fashionable belief systems. Faith over facts. It’s as if we are sick with urban prejudice but are only being able to choose between the witchdoctor, the anti-vaccer or the Chinese herbalist for remedies.

Levittown was popular with working and middle class Americans in post war America. It provided low cost homes and a better future for its residents, who busily went about planting trees and building their own community over time. It provided a start.

New suburban developments deserve the same opportunity to provide these things to a generation of Australians. They can do without the moral guidance, partisan bias or professional snobbery of “experts” or the opinions of the inner urban cabal who wax lyrical on the need for affordable or social housing yet in the next breath reject models which could provide it.

The Suburban Alliance has commissioned some indepedent research into what mature masterplanned communities are really like, compared with the inner city. The report and two minute video summaries can be found here: https://suburbanalliance.com.au/causes/a-new-suburbia-case-studies-of-successful-suburban-expansion/