The train the train! 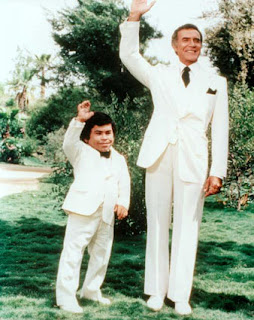 Regular users of may have felt a temporary sense of relief at news that “more trains would be scheduled to help with gridlock on Coronation Drive” as a result of the roadworks for the new Go Betweens bridge. But the reality is that the train is simply not a viable alternative for many of the commuters sitting in congestion on . Why? Because they aren’t going where the trains are going.

This point seems often lost on transport planners and rail enthusiasts, who credit the train network with powers to resolve congestion well beyond its potential.

Have a look at this comment from Rail Back on Track spokesman Robert Dow:

"In the longer term increased train service frequency will attract more commuters to move from the roads onto public transport and save the community significant costs by reducing congestion, lowering environmental impacts and reduced impacts on the health care sector.”

I’m not sure I understand the public health benefits of waiting for crowded trains as opposed to sitting in a car in road congestion, but implicit in the claim that commuters will move from cars to public transport (trains) is the assumption that this is a choice they can freely make. That same assumption seems to be widespread amongst a variety of urban growth plans, and is also implicit in the enormous reliance our planning schemes are placing on ‘transit oriented development.’

In short, the thinking seems to be that if you let more people live near train stations (under TOD schemes) they will catch the train to work. If roads are congested (like ) commuters can catch the train – if more services are scheduled.

Former NSW State Treasurer Michael Costa turned the blow torch onto advocates of the ‘build it and they will use it’ school of public transport, in a telling article in The Australian a year ago:

“There is a tendency among the more extreme public transport ideologues to adopt a "Field of Dreams" approach to public infrastructure projects: build it and they will come. It is also true that many of these people are urban planners. The availability of appropriate public transport in dense urban environments is a logistical necessity. The real debate is about what type of public transport, where it should be provided and at what price. In an ideal world of unlimited resources, everybody would have access to public transport. in reality, resources are limited, it is crucial that they are used wisely. Too many projects have wildly optimistic patronage projections and costing.”

He was writing in part to respond to suggestions by public transport advocate Professor Peter Newman that Costa had been partly to blame for poor public transport patronage in . According to Costa: “I do think that expensive projects funded by taxpayers should be scrutinised intensely. I don't believe in wasting taxpayer's money on any project, including public transport projects”:

“Unfortunately, Newman's approach to urban planning and public transport provision is ideologically based... Newman is not unique in his desire to shape the urban environment around his personal worldview. Most urban planners have an elitist disdain for market-based land use outcomes. They are particularly hostile to the lifestyle preferences of Rudd's "working families", witness their hostility to the McMansion,” he wrote.

If the antithesis of an ideologically based urban planning and public transport policy approach is to rely on evidence, what’s the evidence got to say about rail use?

Where the jobs are

The first problem with encouraging more people onto trains is simply that the train network relies mainly on a hub and spoke distribution. The hub is the CBD. And the spokes are the lines running north, south, east and west. The design works well for commuters who live in the suburbs, near a train station, and who work in the CBD.

But only around 10% of jobs throughout the region are in the CBD. So 90% of the jobs that people need to get to are based in the suburbs.

The evidence here is helpful. According to the Federal Government’s official Regional Labour Profile for (you can find it online here), the biggest industry by far in (in terms of people employed) is the retail industry. That’s followed by property and business services, then health, then manufacturing, then education and so on. Even with property and business services, where there would be a high proportion of those jobs in the CBD and thus capable of being serviced by the train network, there are still an awful lot of suburban accountants, solicitors, financial planners, surveyors, town planners, architects and so on.

And according to the same report, the top 20 specific industries by employment are led by teachers, the government administration, then food retailing, business services, grocery and supermarket stores, construction, cafes and restaurants and so on.

Where the commuters are going

These are typically suburban jobs in suburban locations. They are not CBD centric. And given most of the jobs people go to every day – even those that don’t require employees to be on the road during the day – are based in the suburbs, the chances of getting them to convert from car to train or bus are slim. In truth, closer to impossible.

The traffic that congests , or , or the western freeway, or the Gateway, the M1 or any number of other major arterials each day is not all headed for the CBD. Much of it is channelled through the CBD to get to the other side (more than half according to various studies) because, bizarrely, our road network in the past mirrored the hub and spoke nature of the rail network.

Have a look one afternoon at the , inbound, at 4pm. Traffic will be typically banked back to – some kilometres away. Are all these people the city night shift trying to get to their CBD work places at 4pm? Obviously not. They’re going home – leaving their suburban workplaces and heading for their suburban homes.

The reality of life then for most people with jobs in the region is that their jobs are overwhelmingly based in the suburbs. Most of us live in suburban locations, so that means a commute from a suburban home to a suburban (that is, non CBD) workplace.

Because housing costs are very high, many of use live in two income households. That can mean, for those with school age children, dropping them off at school and picking them up after school (there are some figures that suggest as much as 20% of peak hour traffic is due to the school run – which explains why traffic is so much better during school holidays). We also tend to shop more often, and may pick up groceries on the way home. None of that social pattern nor the spatial pattern of home and work, is terribly conducive to train or bus patronage.

The South East Queensland regional plan is going to encourage more transit friendly development, in and around train stations. And while there are sure to be a sufficient number of workers with jobs based in the CBD or near city, for whom living close to a train station would be a preferable life style choice, that number is finite – and represents the minority of workers in the marketplace.

That’s also unlikely to change, unless there are plans to create vastly more office space in the CBD. (It’s hard to know, available sites may be occupied by residential towers under the same SEQ Regional Plan that encourages infill. In which case, we’ll run short of office tower sites and commerce will inevitably push into fringe and decentralised locations).

Broader infill strategies too are heavily reliant on the assumption that people want to be, or need to be, near the city centre. For most workers, that’s simply not the case. But if we do proceed with a massive infill housing strategy, on the basis that it will mean ‘more people catching public transport’ then it will also inevitably mean ‘many more people will be driving cars in the inner city.’ Why? Because even the most heroic public transport assumptions under infill would evisage no more than double the current patronage numbers (stuck resolutely at around 10-12%). Which means some 70% or 80% of people living new in infill locations will still be reliant on their cars.

They may in the future have little choice but to live near a train station. But even that won’t mean they can use the train if their jobs aren’t also near a station.

Then there’s the cost.

There is an important role for public transport in the life of this city. But along with Michael Costa, we need a few more economic hard heads to call for the evidence and do the numbers, before potentially huge sums are invested in a field of dreams proposal.

Then there’s the running cost side of things. The State Government currently provides a $500 million annual subsidy for the passenger rail network in the south east corner. According to this Courier Mail story, that works out to a subsidy of $8.25 for every trip by every passenger for every day. Each way. Yikes.

If we’re about encouraging (or forcing) more people to catch trains than use cars, you’d like to think the economics of public transport are worked out first. Otherwise, each new rail passenger is going to prove a very expensive burden for the majority of taxpayers who don’t use the rail service.

Plus a couple of other things.

It’s common for elitists who drive their cars to work to lecture others on the need to catch public transport. As Mike O’Connor nicely put it in this article:

“It's an article of faith held dear by our elected representatives that the grubby masses must get back on the buses, trains and ferries.”

But it would also help if the trains ran on time (too frequently, they don’t). Plus commuters are finding themselves using a service that on some routes resembles a subway for overcrowding (the Robina line is dubbed the express for good reason). Recent reports suggest that commuters will be asked to stand in queues for 20 minutes in the hot sun on train platforms before boarding crowded trains. Hardly appealing. And other reports still reveal that violence on inner city train stations is a significant problem.

Public transport will work for a proportion of the community, but not all. In the future, it would be helpful to take public transport down from its pedestal and understand its limitations, the drivers of demand, the costs of operation and recapitalisation costs, for it to be a more effective transit option in the south east corner. It would also be helpful to consider the evidence of our spatial patterns of employment before looking to trains and buses as a ‘silver bullet’ modal choice which commuters are shunning, simply because - we are told - ‘we’re in love with our cars.’