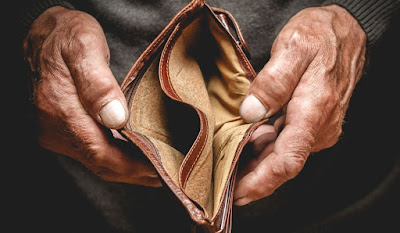 Housing affordability is such a hot topic now that evidently a number of Federal backbenchers – along with Pauline Hanson - are urging that young homebuyers be able to access their superannuation to enter the housing market. This is not good policy and reeks of short term reactive opportunism. Hopefully the government will resist the idea - for the very good reason that an even bigger problem could be looming: affording retirement. The facts are sobering.

The retirement and superannuation industry likes to promote the idea of post-work lives that feature images of couples with groomed waves of silver hair, perfect teeth, dressed in pastel coloured knit wear and walking their Labrador along a deserted beach. It’s a nice image but so far removed from the reality for the majority of Australians that it’s bordering on deceitful.

According to a 2013 OECD report, Australian’s aged over 65 were second only to Korea as having the worst seniors poverty in the world, based on the percentage of seniors with incomes below 50% of the median income. Australia came in at just over 35% of seniors with incomes below half the median – almost three times the average of 34 nations surveyed.

This picture may begin to improve if super contributions rise in the future, and as more people reach retirement with a lifetime of contributions behind them. But even then, the ability to look to superannuation as a retirement self-funding option for the majority of Australians is slim indeed. What’s going to make things worse is our success at living longer. If you’re a 65 year old woman alive today, the chances are you will live to nearly 90. An estimated 10% of you will reach 100. For men born in the mid-1970s, life expectancy was around 69. Meaning if you retired at 60, you needed to fund an average nine years of retirement. But for millennials, their life expectancy will be in the 80s. Meaning they will somehow need to fund 20 years of retirement if pulling stumps at 60, or 15 years if retiring at 65. For the high proportion that will live into their nineties or longer, it may not be anything to celebrate unless you're loaded. So while the next generation might have acquired superannuation over a longer period, it’s going to need to last a lot longer too.

This is going to become a much bigger problem in the near future, as the ‘boomer’ bubble ages. Australians aged 65 and over are now the fastest growing age group. They will represent a staggering one in every five Australians by 2033 – that’s just 15 years or so away. The current crop of 65 plus Australians number around 3.5 million. That will increase by nearly 3 million – effectively nearly doubling – in the next 20 years.

So not only are we living longer, but there will be millions more of us doing so. Which means spending longer in retirement and either drawing a pension from a depleting (relatively smaller) tax base or relying on superannuation. The latter looks improbable and the former is probably unaffordable.

And so into this worrying picture we have the wooly thinkers enter the debate about housing affordability by suggesting a national raid on limited superannuation balances in order to further stoke the buying capacity of an insatiable property appetite (focussed mostly on just two cities) while doing nothing about the cost side of the housing equation (which policy makers have studiously ignored for the best part of 20 years). It’s a recipe for disaster in the short term by effectively further fueling housing demand without addressing the fundamental supply side problems, and in the longer term by depleting future retirement savings, the demands on which will only increase as we continue to live longer.


You wonder where we get them from.
Posted by Ross Elliott at 12:04 AM