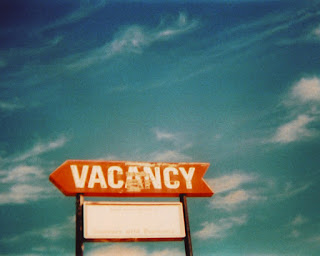 It’s one of the Government’s ‘four pillars’ for recovery in Queensland but potentially one of the hardest. Queensland’s tourism industry was once the pride of the nation and the envy of destinations internationally. Those heady days are remembered for booming Japanese and Asian inbound tourism combined with a strong domestic market. New resorts and attractions were opening up along the coast and also inland. Then it all seemed to stop. What went wrong?

There’s plenty of attention focussed on tourism marketing campaigns as a salve for the industry’s limited domestic demand and strong international competition. Some of those campaigns have attracted deserved criticism. Remember the ‘Yo, Let’s Go’ effort of the 1990s? in 2009 we came up with ‘Hey Hey This is Queensland’ which was quickly labelled one of the worst campaigns ever. Actually, many enjoyed the parody better – watch it here. And then in 2010 we had ‘Queensland, where Australia Shines.’ Or yawned, as it turned out.

But there have been successes, in amongst the wasted millions of ad dollars. ‘The Best Job in The World’ campaign was inspired. And ‘Beautiful one day, perfect the next’ will stick to the state’s reputation like glue, forever.

However, despite the generally woeful tone of the marketing efforts, I’m going to suggest that neither this nor throwing more money at marketing is going to make much of a difference. Even the strong Aussie dollar, which is luring domestic travellers overseas, may be blamed for too many of the industry’s present woes.

So if not the marketing and not the dollar and the international competition, then what?

A clue lies in a recent media report which dealt with the Newman Government’s plans to re-open some national parks to recreational activity by horse riders and mountain bikers. This fairly innocuous proposal drew instant fire. “THE State Government has started development in national parks, yesterday opening a destructive mountain bike trail in Conway National Park rainforest” was how a story in the Courier Mail opened. To describe some mountain bike trails as ‘development’ and to imply it is essentially ‘destructive’ is probably going a bit far. National Parks Association President, Tony O’Brien wouldn’t think so, describing mountain biking as a cause of ‘enormous erosion’ and an activity not suited to National Parks.

Really Tony? I suppose the mountain bikes might run over some cane toads, scare the feral pigs, squash some fire ants, hit a feral cat or a wild dog, or even crash into some lantana which is overtaking many of our parks.
These are just mountain bikes we’re talking about. Eco-friendly pedal pushers, whose tracks are narrow and shallow. Much less narrow than the many miles of fire trails which need to be maintained to prevent the likes of another Black Wednesday bush fire. (You’d have to worry that the lessons of the ACT and Victorian fires haven’t been learned. Fire trails were not maintained and undergrowth build up allowed to occur due to a lack of controlled burns thanks to pressure from hard green lobbies who want forests locked up, but that’s a another yarn altogether).

It’s a real ‘FFS’ moment to have such limited and innocuous proposals as this attacked so quickly, despite what they might do for stimulating some new tourism experiences. But sadly this has been the attitude to many forms of new tourism activity or development for more than a decade. Green tape is putting it too kindly. A suffocating blanket of ideologically driven enviro-political agendas has made doing anything new in tourism in this state all but impossible.

And here’s one of the biggest problems, I think, for tourism. How long is it since you can remember a new resort opening? A new tourist attraction? A new tourism experience? They are preciously few and far between. Despite the abundance of opportunity to develop and create new product – be it accommodation, tours, theme based attractions or even micro tourism – the hurdles seem insurmountable and act to deter new investment. Part of the reason may be that, with the exception of the places like the Gold Coast, new destinations within Queensland tend to be located in areas deemed by environmental lobbies to be too ecologically sensitive. By which they mean pretty much the entire coastline and much of the forested inland.

Even on the highly developed Gold Coast, similar attitudes opposed to developing new tourism product seem deeply entrenched. Recently, a Singapore based consortium proposed a $4.9 billion cruise ship, residential, marine and tourist precinct for Wave Break Island on the Broadwater. They claimed it would bring an additional 264,500 visitors to the Gold Coast by 2018. You’d think they’d be greeted with open arms and a red carpet, but no, voices of opposition quickly emerged. Take this from ‘Save Our Spit Alliance’ which slammed the proposal as 'frightful and ridiculous': "Wrong place, wrong design, wrong idea. It would forever destroy the heart of our city - the Broadwater - and make us a national, if not international, laughing stock." said Kate Mathews, SOSA VP.

Now, for the record, Wave Break Island is an artificial island. The Seaway is a man-made rock wall for shipping, to replace the former dangerous, shallow, and shifting bar entrance. The Broadwater itself is regularly dredged and connected to it are countless miles of man made canals.  We are hardly talking a pristine environment here. It’s nearly all been developed into what we see today. But the proposal, using private money to create a cruise port for the Gold Coast, is getting clobbered on environmental grounds?

Queensland mining magnate, Clive Palmer, came up with a similarly grand plan for the now dated Hyatt Coolum Resort on the Sunshine Coast. Whatever you think of Clive, someone who says they’re prepared to throw ‘a couple of billion’ into redeveloping a tourism facility doesn’t come along every day. Not even once in a decade. Yet his proposal has it seems been greeted with the usual wall of non-committal platitudes, and promises of town planning reviews, environmental impact studies, open invitations to any NIMBYs to object and ultimately, to fail. Sorry Clive. I wish I could be more optimistic.

So even in places that are already heavily developed, opposition to tourism development is just as heated as it might be in undeveloped areas. If even letting some mountain bikes and horse riders re-enter our national parks draws criticism, what hope is there for developing new product for the industry state-wide.

All of which perhaps explains why Australia, it seems, is a touch bored with the Queensland tourism proposition. It’s the same beaches, the same rainforests, and same theme parks, largely the same natural and man-made attractions we keep promoting, over and over again. Ad nauseum. The hotels are tired, the theme parks have a ‘been there done that’ flavour and the basic business infrastructure of the industry is in desperate need of recapitalisation and new product development.