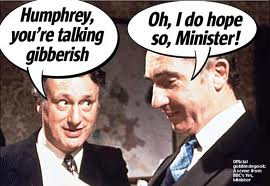 There were calls recently by the Real Estate Institute of New South Wales to allow first home buyers in that state to pay off the stamp duty on their first home as a sort of long term loan.  Well intentioned as it might be, it’s a fiscal case of what not to do – all NSW would achieve would be a further entrenchment of a burdensome tax system which is over reliant on property. In Queensland, the new Government will similarly be subject to multiple pleas from lobby groups with respect to property taxes. What it would like to do, and what it can afford to do, may be very different things.
Here are some inescapable realities about property taxes in Queensland that the new government must be weighing as they conduct an audit of state finances and look to their first budget in September. First, reliance on stamp duties and land taxes and other forms of taxation on property have been increasing in Queensland for a decade or more. They now constitute roughly one third of all state government taxation revenue.
Second, the over reliance on property taxation has killed off the arbitrage value that Queensland once held over some other states, whereby our cost of living (especially housing) was so much lower that it acted as a magnet for people and their capital. The cost of new, low cost housing in particular has been hammered by a punitive regime of land taxes, stamp duties, development levies and other charges, plus the GST (which was supposed to reduce state reliance on property taxes like stamp duty).
According to a recent and very good report from the Housing Industry Association, taxes fees and charges now account for 36% of the cost of a new house in Brisbane, and 34% of the cost of a new apartment.  These are big numbers, and have only grown this big in relatively recent times.
The result? Two things have happened, both which have serious and adverse consequences for the state’s finances.
Interstate migration has collapsed to record lows. The former engine room of growth which once contributed each week some 1000 to 1500 people, mainly of working age (I recall that the average age of an interstate migrant was 34?) has withered under the tax burden to its lowest level since the early 1980s! There are now just over 100 net per week arriving to ‘the Smart State’.  Nothing very smart about that result.
Net interstate migration, Queensland –1982 – 2011 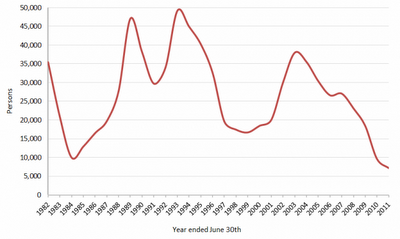 Plus, and partly due to the collapse in migration, housing market turnover has also collapsed. Stamp duties are a turnover tax, and housing transfers and mortgages lodged have fallen to their lowest levels in more than a decade.

That would have meant less money for the government, but what they’ve done to now is to compensate for falling activity-based revenues by increasing the rates and extent of taxes on property.  So they’ve reached the point of having increased their reliance on property taxes to over one dollar in three of revenue, and achieved this on lower turnovers and in a subdued market.
(For a good general yarn on the demise of Queensland’s low tax status, The Institute of Public Affairs has a good paper titled “Queensland the low tax state: The birth and death of an idea, and how to bring it back to life” which you can download here.)
The State’s finances meanwhile have been worsening at a galloping pace, as expenditures outstripped incomes. For an insight into how serious the predicament now is, the NSW Government’s Lambert Report (their equivalent of the report for Queensland now being undertaken by the Hon Peter Costello and supported by Dr Doug McTaggart and Professor Sandra Harding) looked in part at rating agency assessments of net state debt ratios.  Queensland’s performance has, since as recently as 2006-07, quickly gone from best to worst: 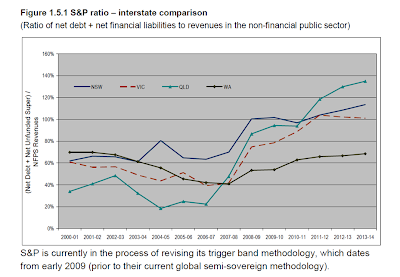 So the ugly reality confronting Tim Nicholls as LNP Treasurer and Premier Newman will be that debt has to be reduced but the capacity to quickly reduce property taxes – which account for a third of state tax revenues – is hampered because cutting these taxes could just exacerbate the problem. You might argue that the industry needs a stimulus, and tax reduction is a must in due course, but timing wise, the capacity to further reduce property taxes now isn’t terribly encouraging. (The Newman Government has already committed to reversing the stamp duty imposition on owner occupied homes, introduced under the Bligh Government in the last budget).
In the absence of tax cuts, what could they do?
As The Pulse has argued before, cutting red tape costs practically nothing. For example, the land constraints which have pushed up raw land prices are a form of indirect tax in that they have increased the cost of land as a result of a public policy measure. Sure, lower prices for englobo or infill development land might mean a small reduction in land tax revenues, but it’s not a direct correlation. However, significantly lower land costs as a result of policy reform would have the effect of reducing new housing costs. If that in turn stimulates activity, treasury revenues stand to gain – and thereby increase their capacity in future budgets to lower the rates of existing taxes currently charged.
The HIA report also details the high costs of ‘green’ and other building and regulatory compliance costs. These are not taxes but they do add substantially to the cost of new dwellings. In Brisbane, for example, the report notes the cost of meeting new energy efficiency standards in housing at $55.76 per square metre, but the benefits are only $10.10 per square metre. Green star ratings, water tanks and other mandatory measures introduced in recent years may have their place, but do they need to be mandatory if the real challenge is to reduce new housing costs and restore affordability?
The report also deals with the costs of planning uncertainty and excessive delays in development assessment – again, aspects of development which add nothing to state revenues but which add significant costs to new supply. In theory, achieving substantial reform on these fronts would reduce new supply costs at no cost to the budget.
The new LNP Government has already committed itself to cutting red tape by 20% and the early gestures and statements seem to indicate they intend to keep that promise. In doing so, they will encounter swarms of protest from ill informed or vested interests, seeking to protect the very processes that have stifled growth and prosperity without producing any measureable net gain. (This example, which bemoans the LNP’s decision to drop the ‘sustainability declaration’ may be a taste of things to come).
Keeping that commitment will require a steely resolve in the face of environmental, planning and local government protests, let alone the hostility of elements of the bureaucracy within the government itself. In doing so, they might be reminded of the advice once offered by Sir Humphrey of ‘Yes Minister’ to the young Bernard Wooley, on how to ‘guide’ Ministers to make the “right” (as in public service endorsed) decision:
Sir Humphrey: If you want to be really sure that the Minister doesn't accept it, you must say the decision is "courageous".
Bernard: And that's worse than "controversial"?
Sir Humphrey: Oh, yes! "Controversial" only means "this will lose you votes". "Courageous" means "this will lose you the election"!
The new LNP Government in Queensland received an overwhelming mandate in the recent election. That mandate provides them with ample grounds to make courageous decisions on red tape and compliance costs in the property sector, without being intimidated by the bureaucracy or opponents of reform. By the time of the next election, the budget might then be in better shape, along with the rest of the economy, to afford the industry the tax cuts it needs.