How we lit the fuse on the population bomb 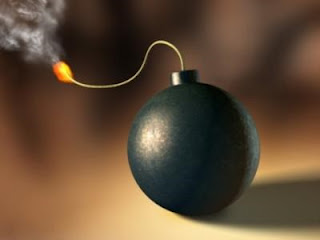 We’ve been here before – concerns about our capacity to house a large population are not new. But lately, hostility to rapid rates of population growth is gaining traction. There have been calls for a population enquiry and former PM Abbott has called for immigration (and hence population growth) to be slashed. He joins a chorus of other voices, from business to community groups. Voters are pushing back against growth and political leaders are feeling the pressure.

But these pressures are confined to mostly two cities: Melbourne and Sydney (and perhaps to a lesser extent Brisbane). There are other capitals and countless regional cities who covet growth but who find it eludes them. Instead, stupidly (it has to be said) we continue to cram accelerating population numbers – mostly driven by immigration – into a couple of urban centres.

Melbourne was first settled by whites in 1835 and took 165 years to reach 2.5 million people (by the year 2000). Bernard Salt predicts the next 2.5 million will be added in just 21 years with the city reaching five million by 2021. He thinks it will sail past eight million by 2050. Sydney has a similar story.

According to the Productivity Commission’s 2016 Migrant Intake into Australia report, 86% of migrants settled in major capitals, compared with 65% of the Australian born population. More recent information suggests the trend has grown, with only 6% of recent migrants now settling in regions.

The Government has toyed with the idea of insisting that migrants settle regional areas where there are genuine labour shortages but there seems little determination to back the threats with action, which in itself could be difficult (and possibly illegal) to police.

Outsiders observing Australia’s handling of growth must be incredulous to learn that much of the concentration of growth has not occurred by accident, but is widely endorsed policy. Higher urban densities have since the late 1990s been at the core of urban development policy to handle population growth in the very cities now feeling the most resistance to growth. The benefits promised as a result of increased density were many and the public were assured that they would share in an improved quality of life as a result of these policies. Take this example from the 2013 Draft Metropolitan Strategy for Sydney to 2031:

“A home I can afford. Great transport connections. More jobs closer to where I live. Shorter commutes. The right type of home for my family. A park for the kids. Local schools, shops and hospitals. Livable neighbourhoods.”

And the result? For Sydney and Melbourne especially, housing affordability is as bad as the worst in the world with entire generations locked out of housing. Congestion is chronic. Private and public transport systems are under more pressure than ever. Commutes take longer and housing choice has been compromised. Is this livable? Talk about over promise and under deliver. If these promises had been borne out by the day to day experience of average Australians living in these cities, there wouldn’t be the push back politicians are feeling now.

Even more incredulous is that, confronted with the political challenge of an increasingly hostile public, some suggest (from the comfort of their high priced inner urban enclaves no doubt) that what’s needed is not change, but more of the same. The Planning Institute of Australia recently suggested as much, responding to a challenge from ABC interviewer Ellen Fanning on the 7.30 program that we are ill prepared to cope with “stuff(ing) another three and a half million people into Melbourne and Sydney both”.
The PIA responded that “We’ve got a great challenge to ensure that we don’t end with megacities like Lagos or Manila. We want Tokyos, Parises, and New Yorks – and we can do that by planning well.” (emphasis added).
Really? Tokyo, Paris and New York might be on our bucket list of cities to visit, but how many average Melbourne or Sydney residents would live in hope they’d one day see their own city turn into a version of Tokyo or New York? I can think of no public opinion poll where we Aussies have put up our hands to using Tokyo as a business model for urban development. Any politician suggesting as much would last a nano second before being turfed out.
It serves to illustrate how wide the disconnect has become between public policy makers and the wider community. The “we” word is used when the “I” pronoun is what’s really meant.
Maybe it’s time for a genuine reality check? I’ve always held the view Australia can readily support a larger population but in getting there, infrastructure standards need to keep up with growth, not continuously lag it. Housing and lifestyle choices don’t have to be further compromised to serve a model of urban development which is at odds with broader public opinion. The idea that much of this growth should continue to be concentrated in just a handful of cities already feeling considerable strain while other centres with infrastructure capacity and abundant, affordable housing find growth eluding them is plain crazy.
The answer I suspect is not in forcing people to settle cities and regions that are capable of absorbing growth but in making these cities and regions even more attractive as places to settle. Jobs, industry and economic growth lie at the centre of this. Positive economic attraction strategies, reduced tax or red tape burdens, abundant and low cost utilities (power, gas, water), ‘special economic zones’ – all are elements capable of attracting employers and industries, and with them jobs for workers and their families. And if regional employment was further supported by the type of place making and related infrastructure support more typically only on offer in the centres of major capital cities, there’s no reason at all that centres like Mackay, Armidale, Wagga Wagga, Orange, Casino, Bendigo and plenty of others can’t enjoy growth without the accompanying political pain.
Sadly, even this rather obvious policy option isn’t being explored. According to a recent report in the Sydney Morning Herald: “Inner-city centres on the east coast have amassed the greatest share of Australia's new public service jobs under the Coalition government as outer suburbs, bush towns and Canberra took cuts to their ranks of bureaucrats.” So we not only concentrate our population into a few centres but government jobs as well. This is hardly spreading the load or sharing the benefits.
Stopping growth by rapidly closing down immigration would be disastrous for industries which have come to rely on it but this is increasingly looking like it’s possible. But equally, persisting with our current approach will only further aggravate hostile electorates in the major cities, while electorates in centres with little growth could be equally cranky with governments for failing to produce growth where it’s wanted.
The fuse on the population debate has been lit. And maybe we are the ones that lit it.